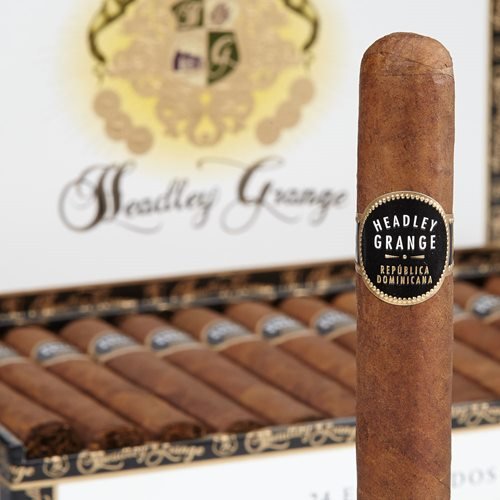 In 2013 the Crowned Heads cigar company released the Headley Grange Drumstick, a 7.5” x 38 Lancero manufactured at Ernesto P. Carrillo’s Tabacalera Allianza in the Dominican Republic.  The original Headley Grange release, the Estupendos, was blended to taste like an intro to the Led Zeppelin song “When the Levee Breaks” sounds.  This might sound random, but the line is named after the English estate where Led Zeppelin’s IV album was recorded.  Obviously, the Drumstick in the Lancero vitola is a nod to John Bonham’s drum work, as well as the fact that Ernesto Carrillo is also a drummer. The blend is Nicaraguan with an Ecuador Sumatra wrapper. While I’ve never smoked the Drumstick, I have smoked the Estupendo, and thought it taste more like “Rock and Roll” from the same album, but that’s just me. Oddly, the song “Rock and Roll” was written while taking a break from recording a song called “Four Sticks," which is eerily similar to the name of Crowned Heads other line “Four Kicks”!