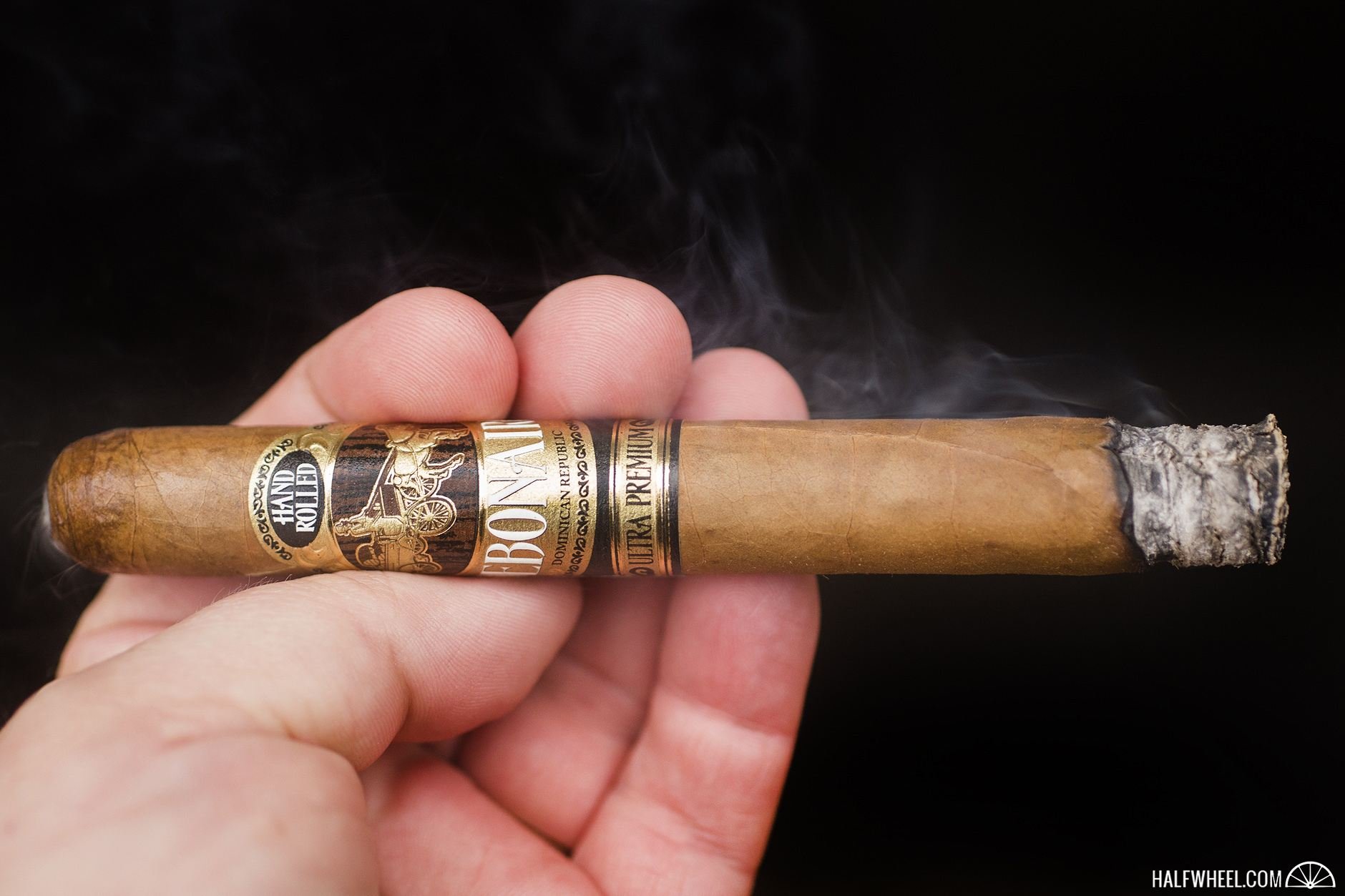 Debonaire Ultra Premium Cigars, the guys are finally smoking a cigar with which I have some experience! Phil Zanghi founded Indian Tabak cigars in the 90s, ended up partnering with, and eventually selling the brand to, this LA entertainment lawyer named Rocky Patel, ironically of Indian descent. Phil spent many years in mass market cigars, but always had a passion for premium cigars, and came up with a fermentation process he calls “alchemy”. The Debonaire Ultra Premium Habano Sagita is a petit Lancero measuring 5-1/2” x 38 and was released in 2013. It has a Habano wrapper grown in Nicaragua, a Dominican binder and Nicaraguan and Dominican fillers and is rolled in the Dominican Republic. This line is often described as savory, with a flavor sensation akin to prime rib. Like any small ring gauge cigar, these need to be smoked slowly or one risks overheating and getting much sharper and perhaps less enjoyable flavors.