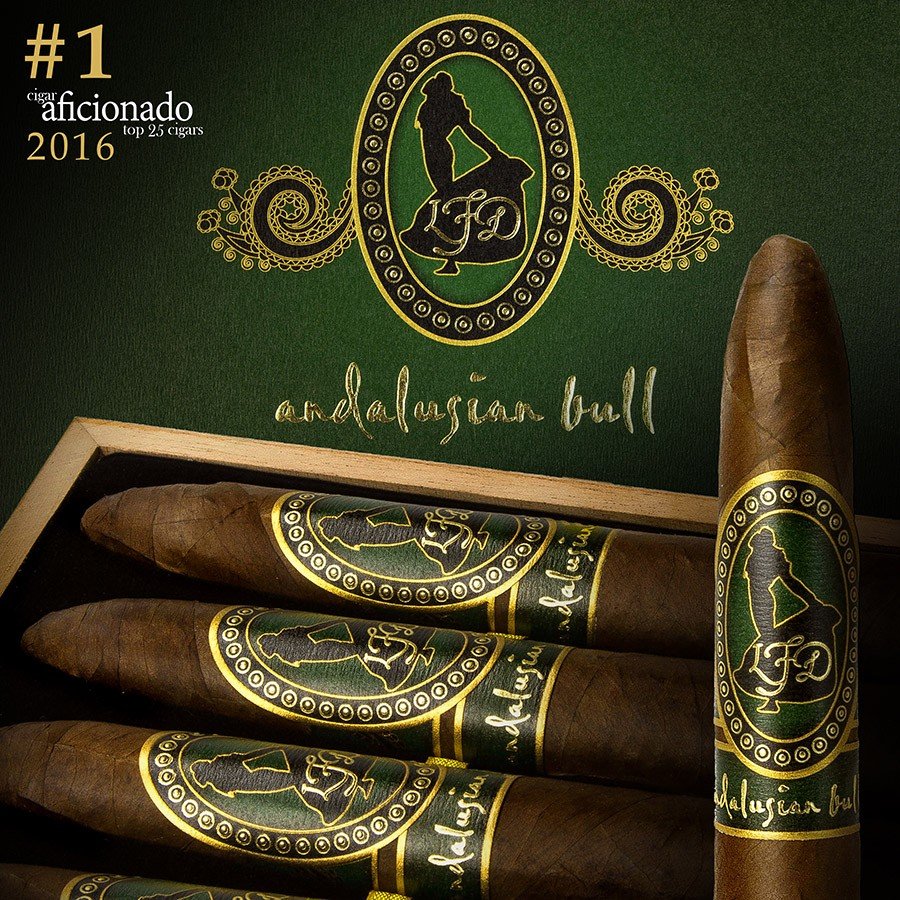 In The La Flor Dominicana Andalusian Bull was Cigar Aficionado’s Cigar of the year for 2016. The shape of the cigar is a 6 1/2” x 52/64 Figurado based on some antique molds that La Flor Dominicana owner Lito Gomez found on a trip to Europe. It’s a unique, and massive, shaped cigar. The cigars are made in the Dominican Republic at Tabacalera La Flor S.A. with an Ecuadorian Corojo wrapper, Dominican Binder and Dominican filler. The cigar is produced in limited quantities but is considered regular production. Obviously, receiving such a high honor from a prestigious magazine was good for La Flor Dominicana’s sales, they’ve had trouble meeting demand, but have no intention of rushing cigars to market before they are ready. I smoked one of the Andalusian Bulls shortly after the rating came out early in 2017 and while I found it to be an excellent cigar, I didn’t find it to be spectacular, which I think should be a requisite for such high honor as Cigar of the Year. There are many LFD cigars I prefer over that one, such as the new La Volcada.